As of today, about half Spain will pass to phase 2. In principle, this phase will last until about the 8th of June. The Region of Murcia has passed also to phase 2 except the village of Totana which has remained in phase 1 on request of the Townhall. The Comunidad Valenciana as a whole has NOT passed at its own request to phase 2 and therefore it will remain another week in phase 1.

What is possible in phase 2?
- There is no timetable anymore to go out for a walk or to do sports; for people older than 70 years, the timetable will be kept from 10 till 12 am and from 7 till 8 pm.
- People are allowed to move all over the province, but one may NOT go the another province, no matter how close it is.
- The safety measures such as wearing a mouthmask are still mandatory as long as the state of emergency is in force, and as we have previously communicated, if “social distance” cannot be guaranteed, one must comply with all imposed measures.
- It is allowed to  meet with a group of maximum 15 people, provided that the “social distance” is mantained.
- Bars and restaurants may also use 40% of the normal indoor capacity of their establishment, where they should be a distance of 2 meters between tables; making an appointment is advisable.
- Shopping centers can be opened, but also with a limited capacity of 40%.
- Hotels and campingsites can open with 40% of their normal capacity. How and what to do with the use of the common zones, is not yet completely clear as there are still many things to be arranged in order to comply with the presented restrictions;  the same applies for the beaches.

The President of the Government announced last Saturday that it will be possible to travel to Spain again from July on, to go to hotels and/or campsites or to the second homes. A lot will be said still about this matter in the coming days, so we will keep you informed. 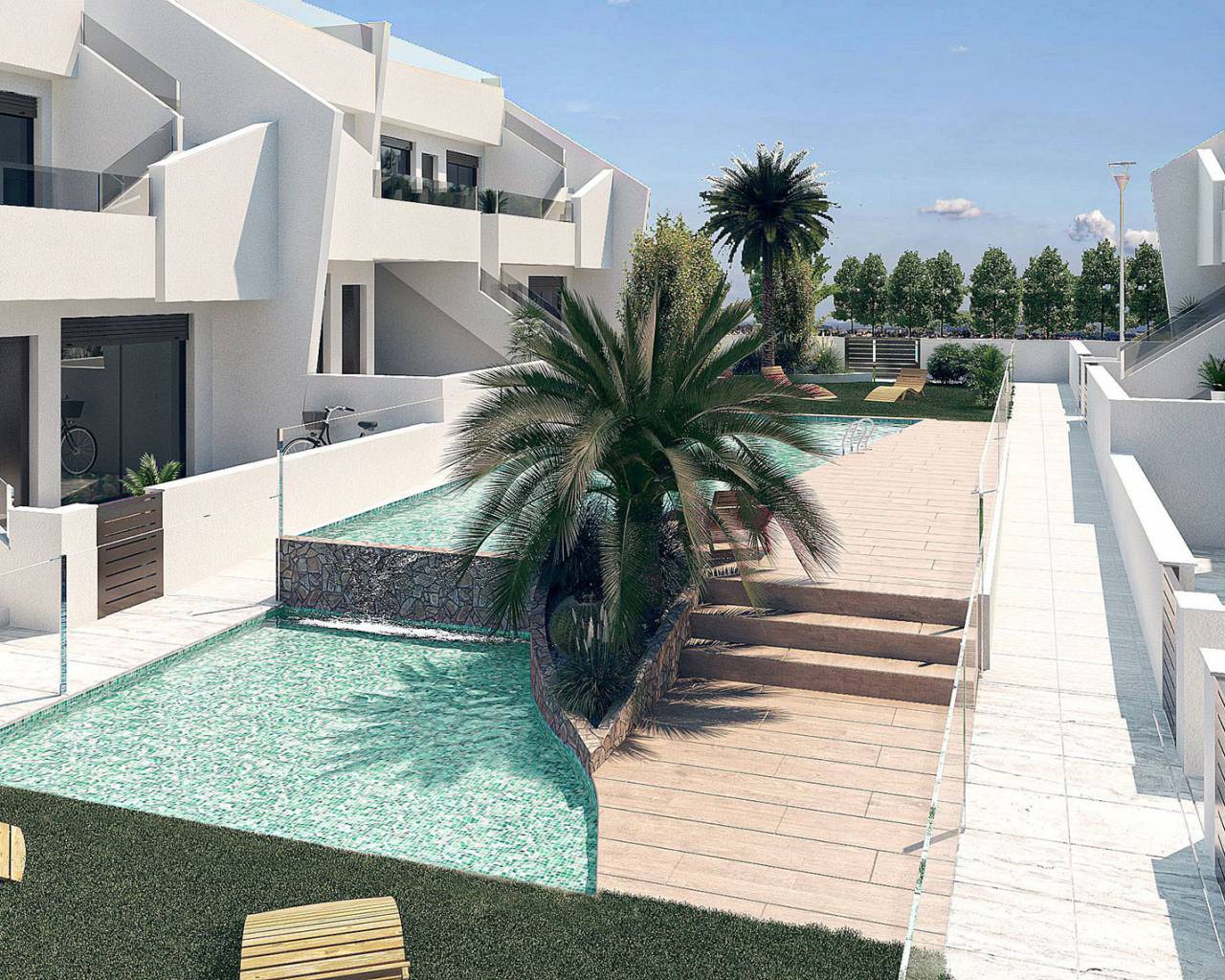 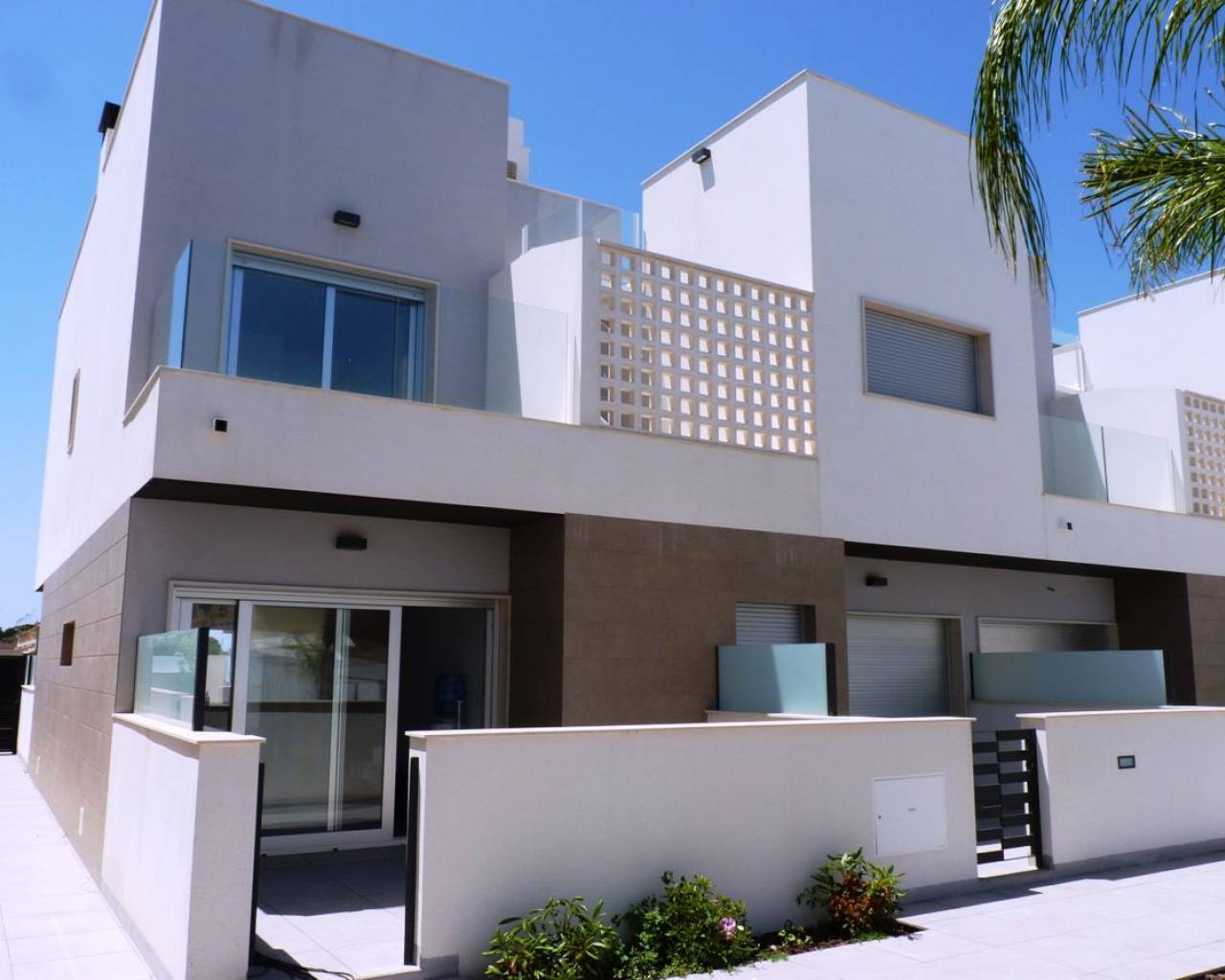 Ref: B208
Luxury properties with roof terrace close to the beach located in a small residential complex. Should you require any further information on...
188.000€
97m2
70m2
3
2
NEAR THE SEA
REDUCED PRICE 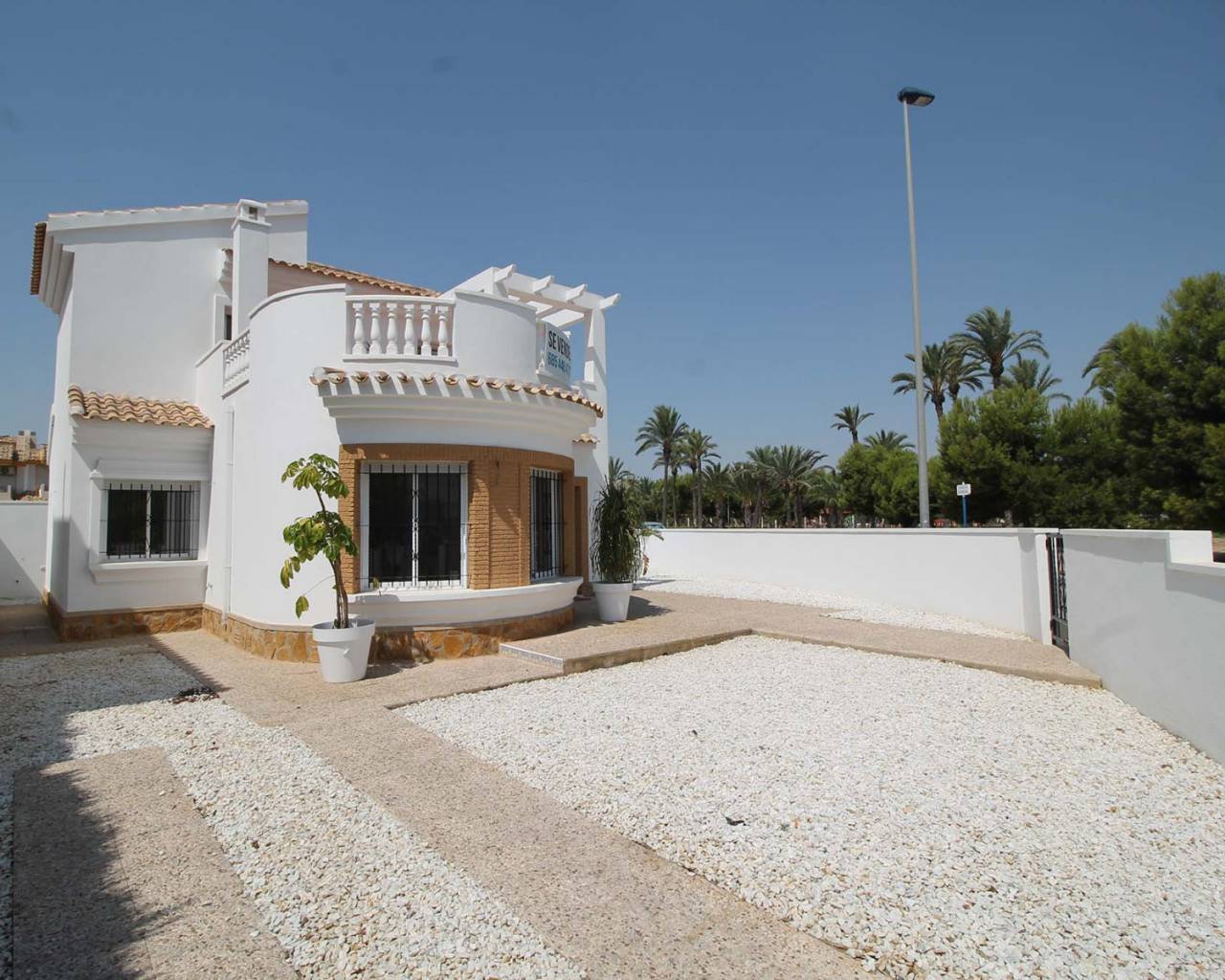 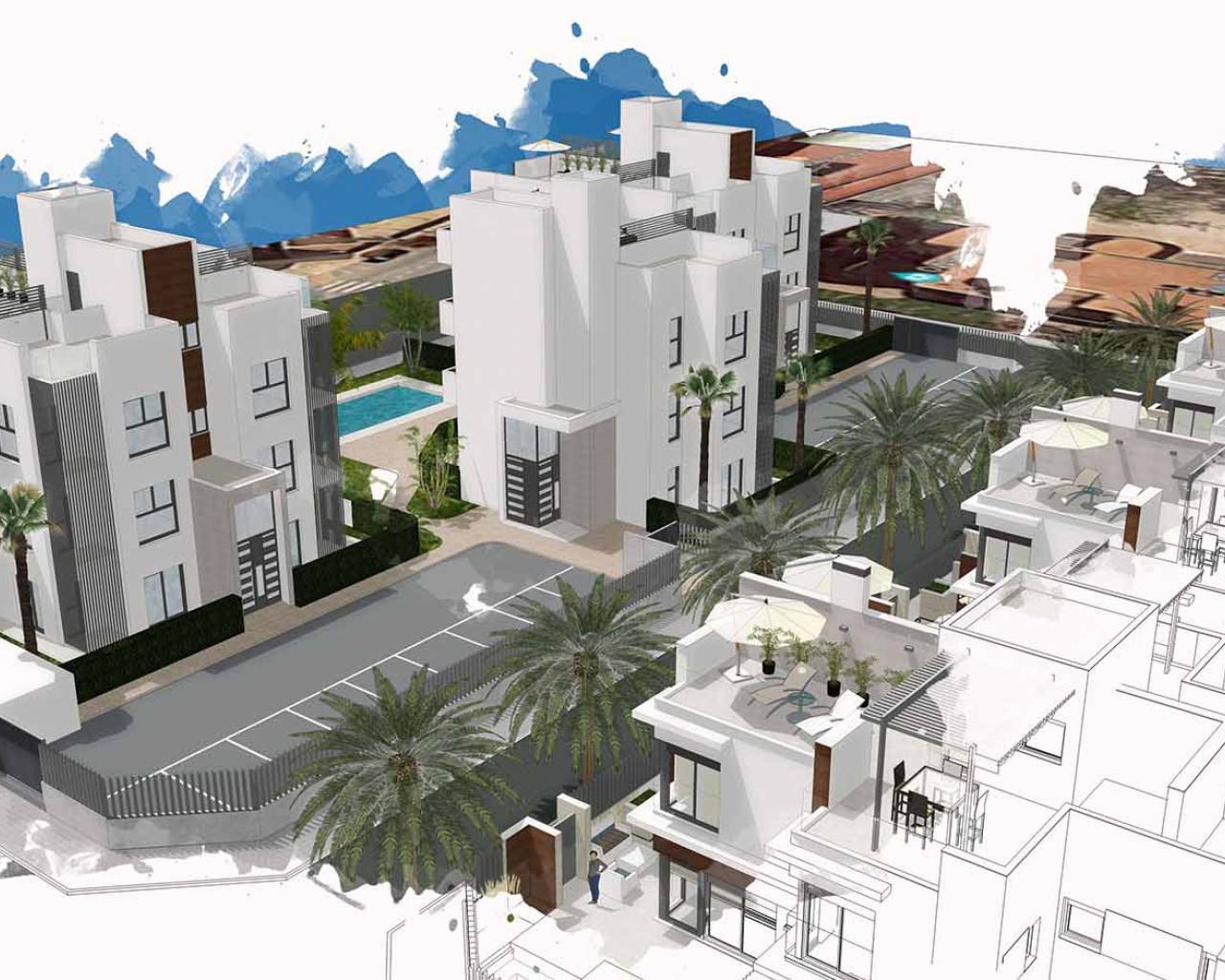 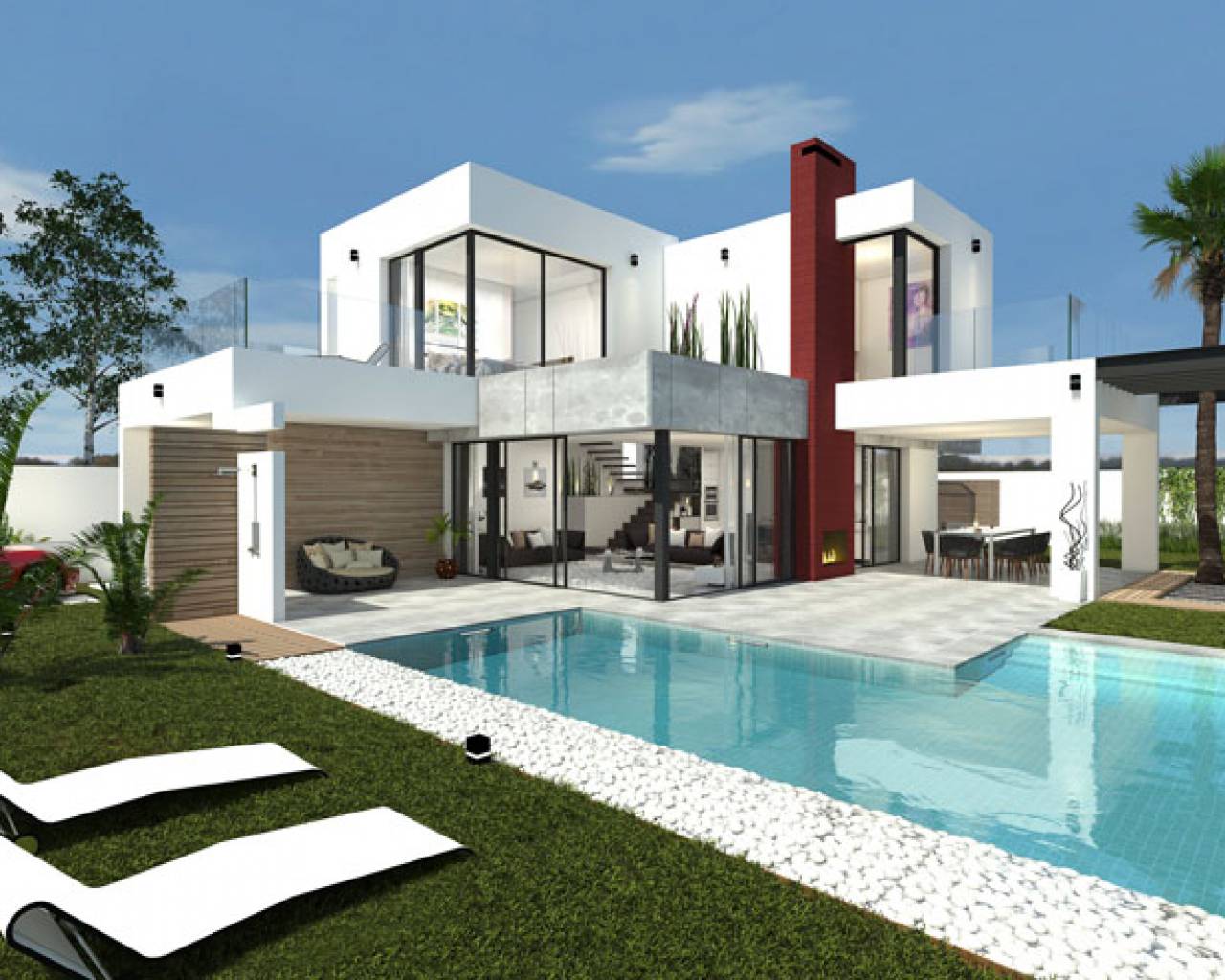 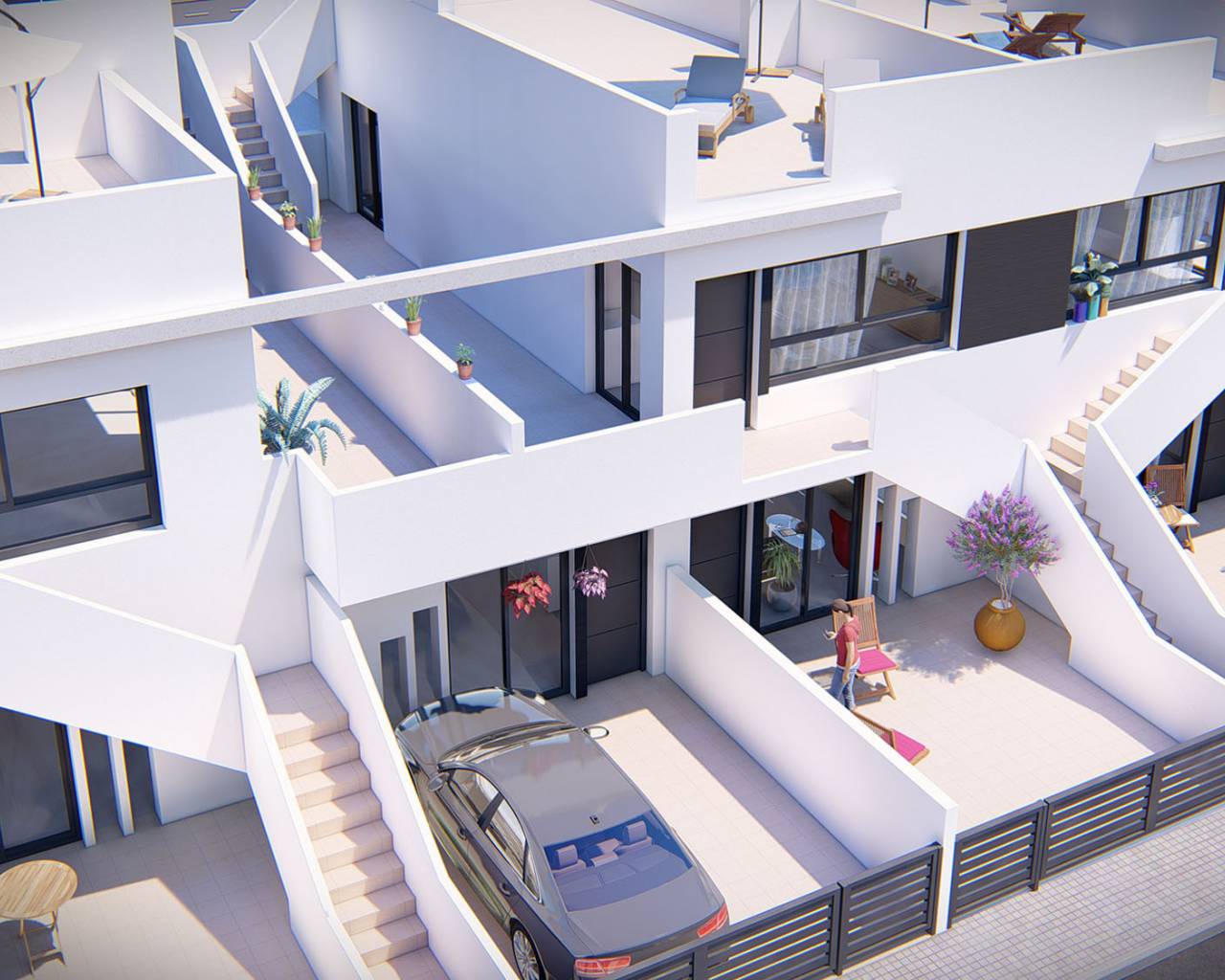 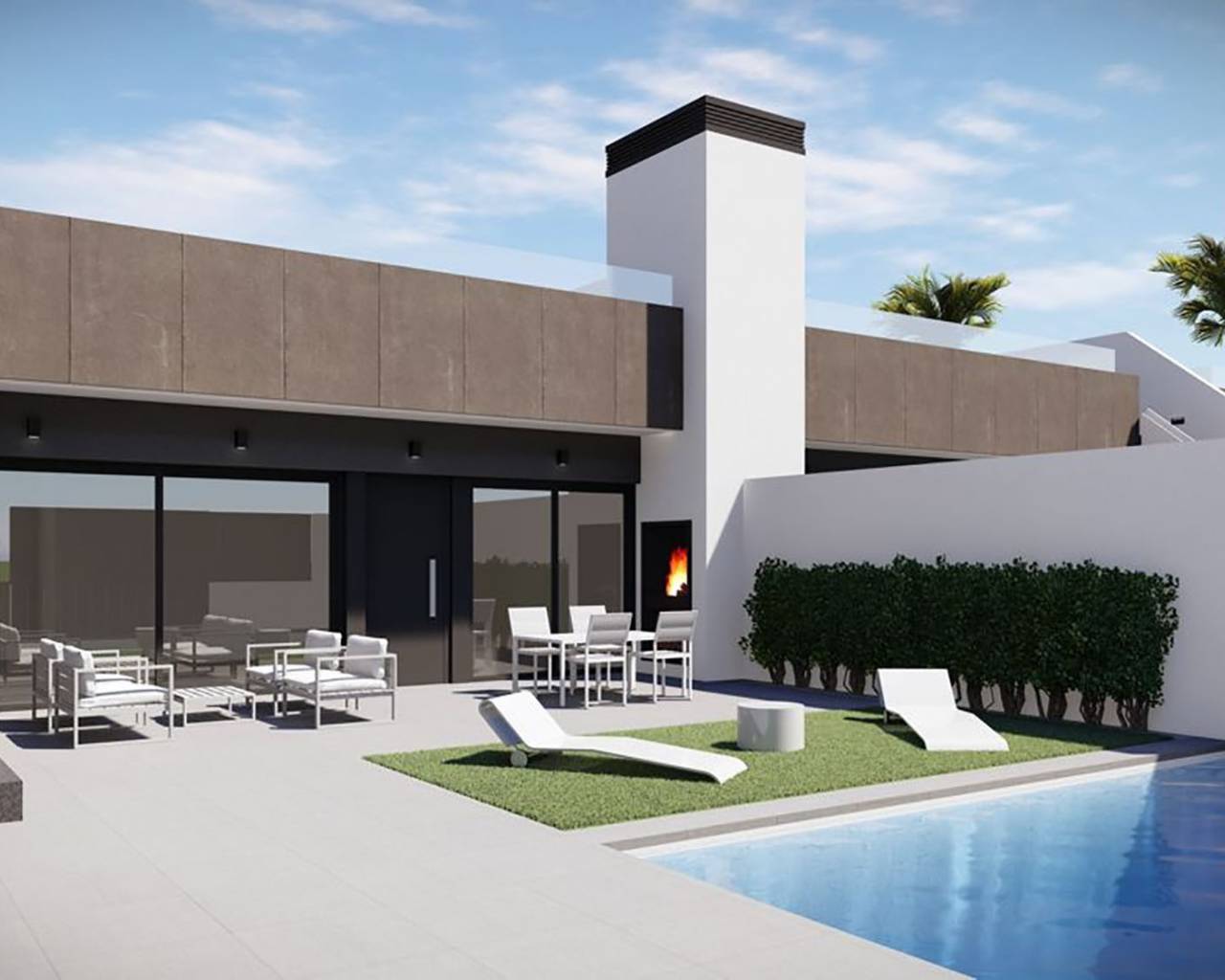 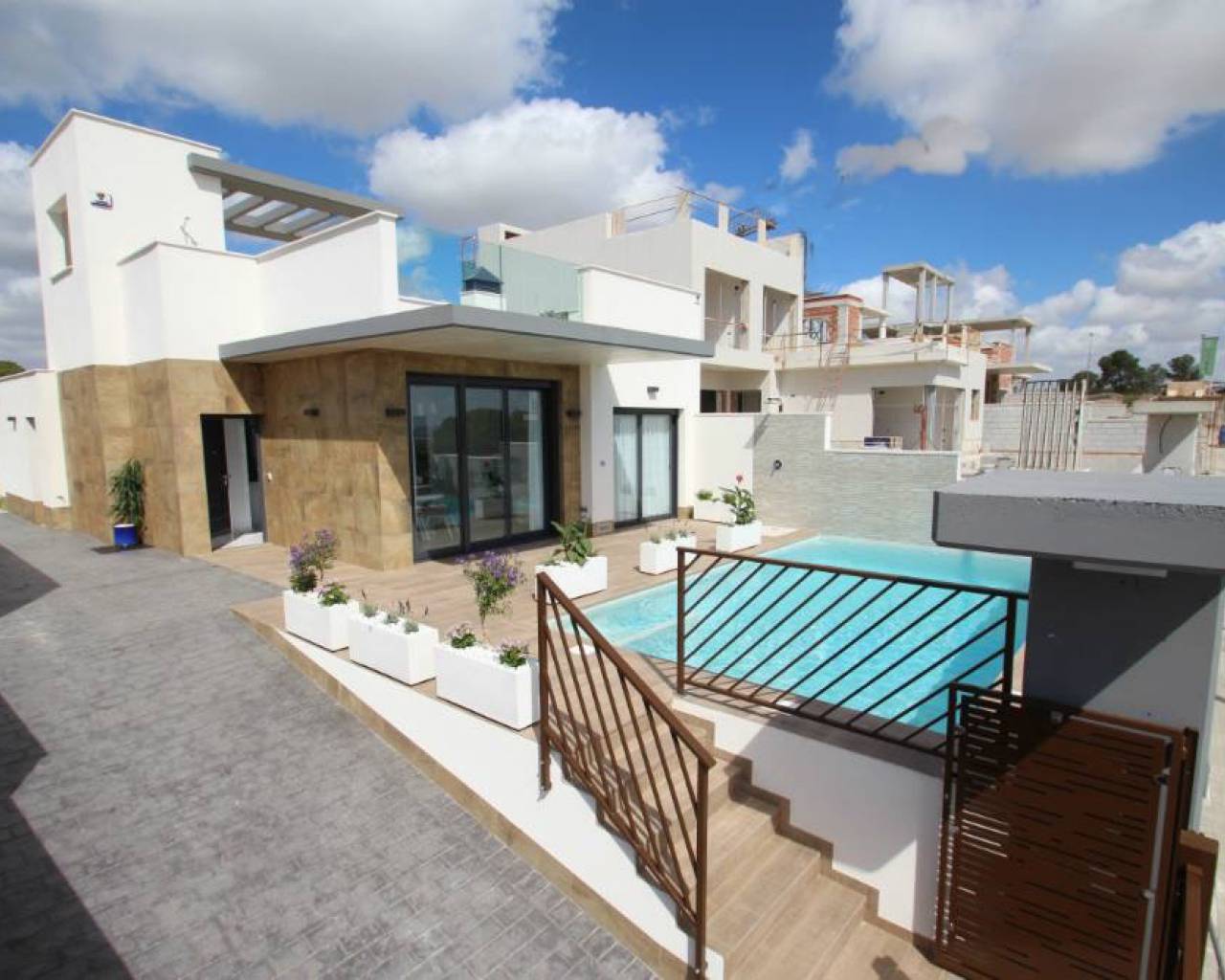 Ref: V417
Luxury villas on the beach of Mar Menor. Should you require any further information on this or any other property please contact us.
295.000€
92m2
440m2
3
2
NEW LISTING
NEAR THE SEA
REDUCED PRICE 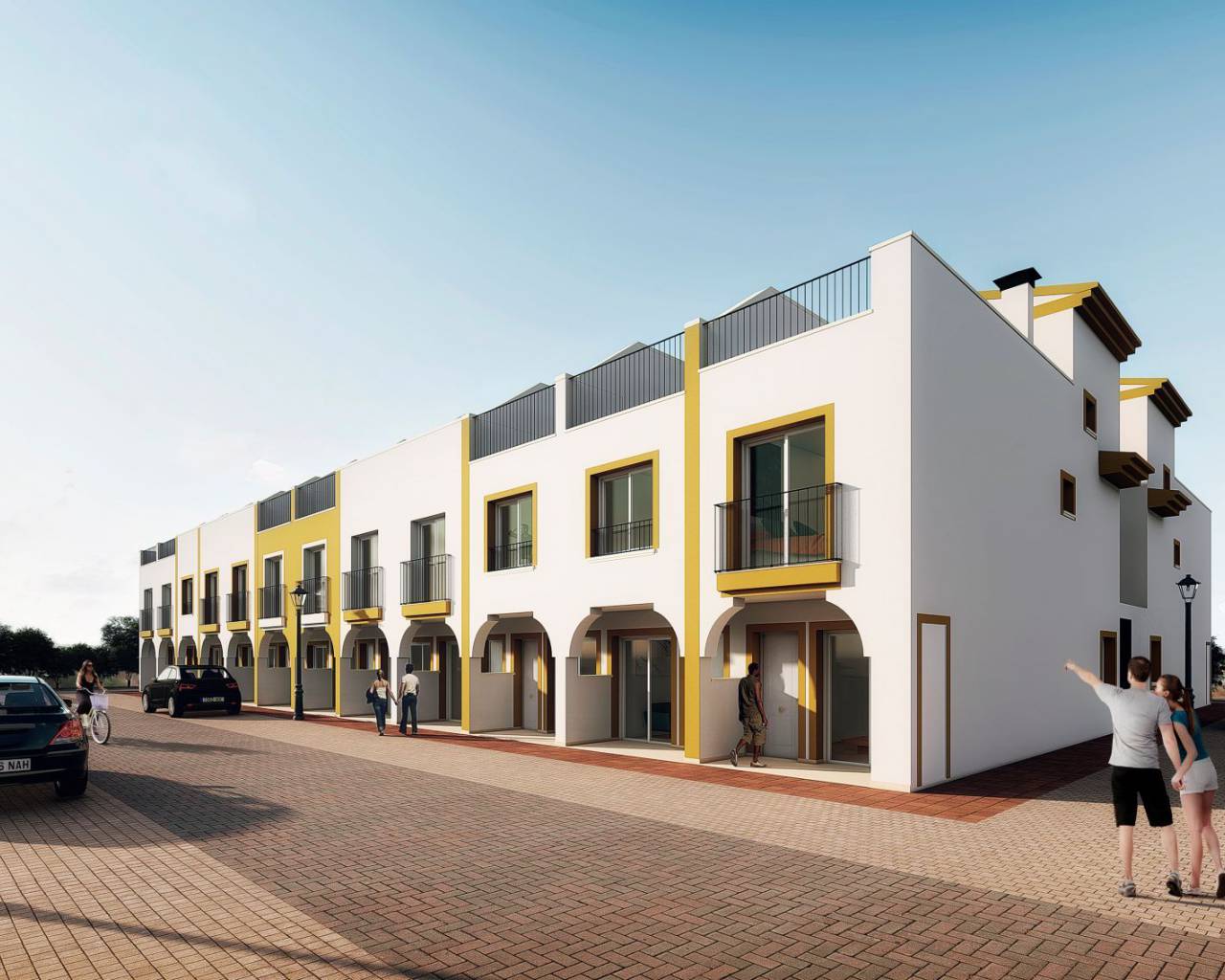